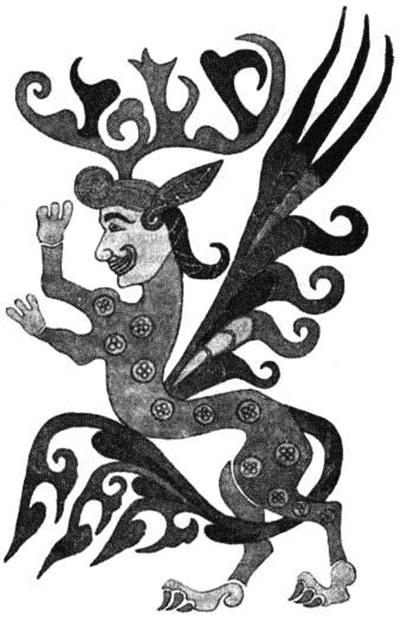 THE KIPCHAKS An Ancient History

of the Turkic People and the Great Steppe

The Steppe is our Homeland

and the Altai is our cradle

Many people, in fact billions of them around the Earth, speak Turkic languages today, and have done so since the beginnings of history, from snow-swept Yakutia in Northeast Asia to temperate Central Europe, from chilly Siberia to torrid India, and even in a good many villages in Africa.

The Turkic world is vast and diverse. Turks are its largest tribe. They are the title nation of Turkey, a big country in West Asia and a long-familiar name for the rest of the world for its distinct identity, ancient customs and traditions, and high and unique culture, a subject of a myriad of books and features.

At the other end of the Turkic world, the Tofalars, numbering only a few hundred, are not someone you can tell much about. It’s a sure bet they are hardly known to anyone beyond their dense Siberian forests and the couple of villages they call home town. But then, the Tofalars, perhaps, still speak the original, ancient Turkic tongue after many centuries of only occasional contacts with outside cultures that could distill their speech with borrowings.

The Turkic world is great indeed, and thoroughly enigmatic, too. It is like a cut diamond, its every facet a nation – Azerbaijanis, Altaians, Balkarians, Bashkirs, Gagauzes, Kazakhs, Karaims, Karachais, Kyrgyz, Crimean Tatars, Kumyks, Volga Tatars, Tuvans, Turkmen, Uighurs, Uzbeks, Khakass, Chuvash, Shorians, Yakut – too many names to reel off in the same breath.

Dozens of peoples live in the Turkic world – all alike and different at the same time. You can always tell where they belong, from the special sounds and undertones of their speech. Which means a word that is one thing in one place may be a completely different thing in another. This diversity of meaning makes the Turkic languages fathomless, on top of their simplicity and ancient heritage.

They were not always that different, though. There was a time, too long ago, when all members of the Turkic race spoke one tongue that everyone understood in every corner of the Turkic world. Around two thousand years ago, they started for various reasons to move away from one another, geographically and linguistically, from their next of kin and their common tongue, developing their endemic dialects that were a closed book to outsiders. For a while, they were keenly aware of their common ancestry and remembered their shared language that they could still speak at bazaars and fairs drawing merchants from far away.

Their common primeval language provided a framework for belles-lettres. Poets and story-tellers honed every word of their writings, so they could then caress the ear of the Turkic world at large. Besides, the common language was spoken by government officials mustering the troops or collecting taxes from their subjects. Large empires, from end to end, spoke and wrote Turkic.

Is it only the language that makes one Turkic nation different from another? Is it the linguistic diversity that gives brilliance to the diamond we call the Turkic world?

Everything is much more complex than it looks on the surface at times.

Can you image, some communities on Earth are ignorant of their Turkic origins and will never believe you if you tell them who they are…. They were conquered, at one time or another, and forbidden, on pain of death, to speak their native tongue. They just forgot it clean, out of fear of reprisal. And with it their forefathers and all that had come before…. They were now people without memory or knowledge of their real past.

This is the kind of thing that happened to people on our planet, though.

Of course, these people have visages that look exactly like the faces of their ancestors (what the genes would then be good for?). Take the Austrians or Bavarians, Bulgarians or Bosnians, Magyars or Lithuanians, Poles or Saxons, Serbs or Ukrainians, Czechs or Croats, Burgundians or Catalans…. Nearly all of them blue-eyed and fair-haired (exact replicas of the ancient Turkic men and women), and all blissfully oblivious of their common roots. Doesn’t that strike you?

Many unsuspicious Americans, Britons, Armenians, Georgians, Spaniards, and Italians have Turkic blood flowing in their veins. And especially Iranians, Russians and French. They, too, wear the unspoiled faces of their ancient Turkic forerunners, and they, too, are dead sure they are anything but….

A sad enough story. It has been made that way, though – sad, or more accurately, broken before it could be written to the end.

The Cossacks are what you can label an exception: a nation – yes and no, a tribe – depends on the way you look at it. If you will understand it, of course. Their true story lurks somewhere behind a veil of cock-and-bull stories. What we have then, in the end, is that the Cossacks have contrived somehow to get lost on the crossroads of Time – they style themselves Slavs, and still remember much of their native Turkic tongue. Indeed, Turkic is palavered informally in some Cossack villages. True, they call it, with tongue in cheek, their kitchen-speak, not native language.

I have pondered for many long years why the Turkic world is so little known to so many people on Earth. Was it by fluke or design? You will hardly find another language with as many nuances and dialects as the Turkic – really, people of common blood, common ancestors, common history speaking different languages and thinking differently of themselves. Why, indeed?